Important Notice: Mr. Santosh Narsinghe, Mahanita Multiple Services Private Limited is no longer a Distributor with FlyTrap.in due to unethical activities brought to our notice by buyers and other dealers. Please be aware of the entity as we will not be responsible for any kind of frauds done in our name by the entity.

If you understand the multiplier effect that can be generated by one female house fly, you can see how trapping one female house fly can have a dramatic effect on the local population.
With houseflies, as an example, females live about two and a half months and lay between 600 and 1,000 eggs during its lifetime. On the average, 12 generations of house- flies are produced in one year.

Therefore, that one female could be responsible for many thousands of house flies.

Because of the difference in diets, most baits will attract either houseflies or blowflies. Uniquely our  Bait will be equally effective on both houseflies and blowflies.

Houseflies (black, non-glossy body) and blowflies (metallic blue/green/gold body) are the most common types found around homes – both are categorized as “filth flies”. Houseflies are attracted more toward animal manure and decayed food, while blow flies are attracted more toward decayed meat (road kill) or fish.  Both can be found around garbage. Houseflies will be more dominant around farms and animals, while the blowfly will be more dominant around wooded areas, waterways, and more populated human habitation.

Not only Houseflies, but there is one severe fly - Uzi Fly which is a nightmare for the Sericulture farmers - the production of silk and the rearing of silkworms. Insecticides or other killing sprays cannot be used in this case as it might harm the silkworms.

According to an article in JOURNAL OF ENTOMOLOGY AND ZOOLOGY STUDIES,

It causes extensive damage to the sericulture industry. During Jarua (December-January) and Chotua (February-March) crop seasons and reported 20-90% loss in winter & post winter (December-March) and 50-70% cocoon rejection during February-March.

This is a massive blow to the industry where the major source of income is at a 70%-90% loss. And that is when our Fly Traps comes to the rescue. Instead of the harmful chemicals and insecticides, our organic fly traps only traps the Uzi flies - male and female both, thereby truly eradicating the problem without harming the silkworms. 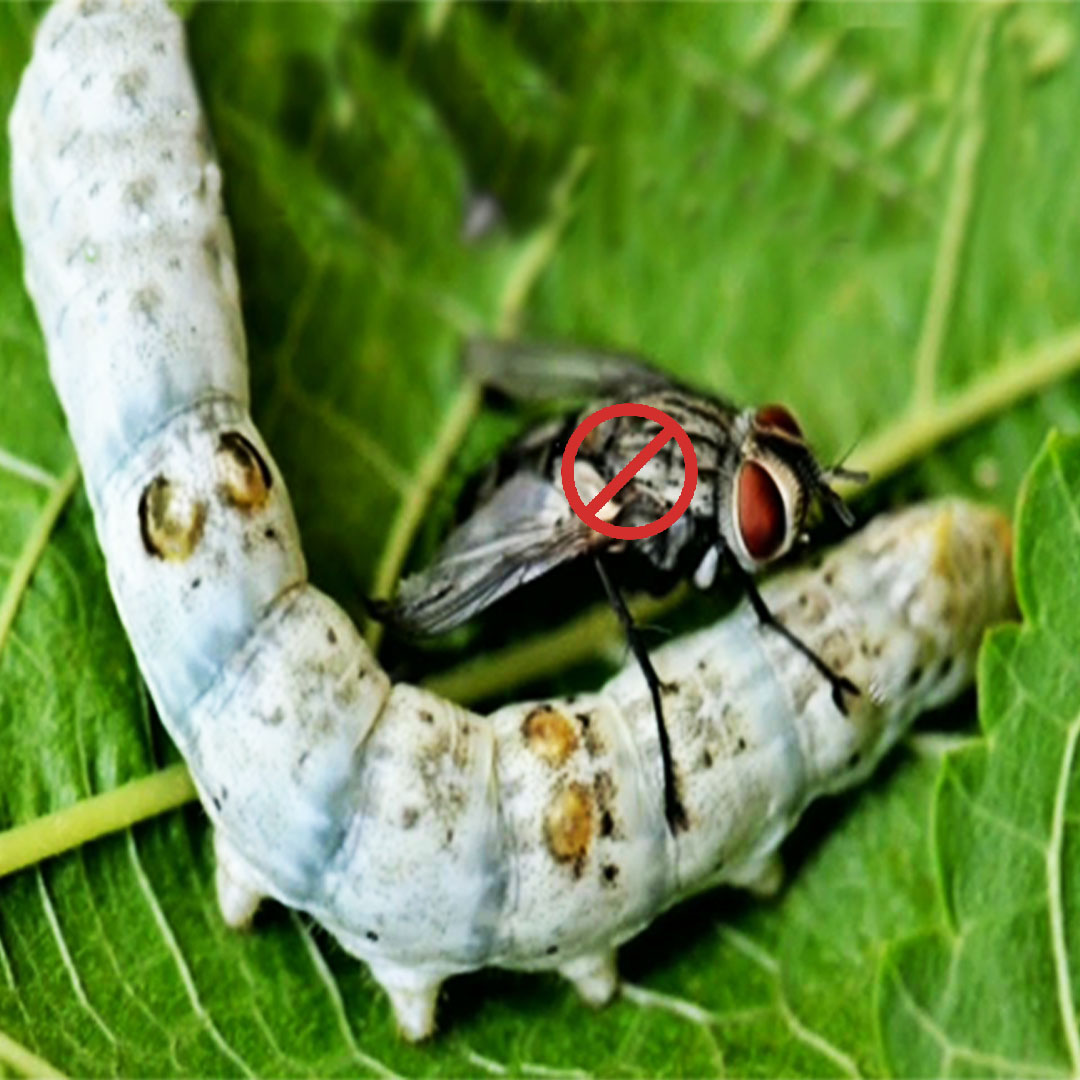 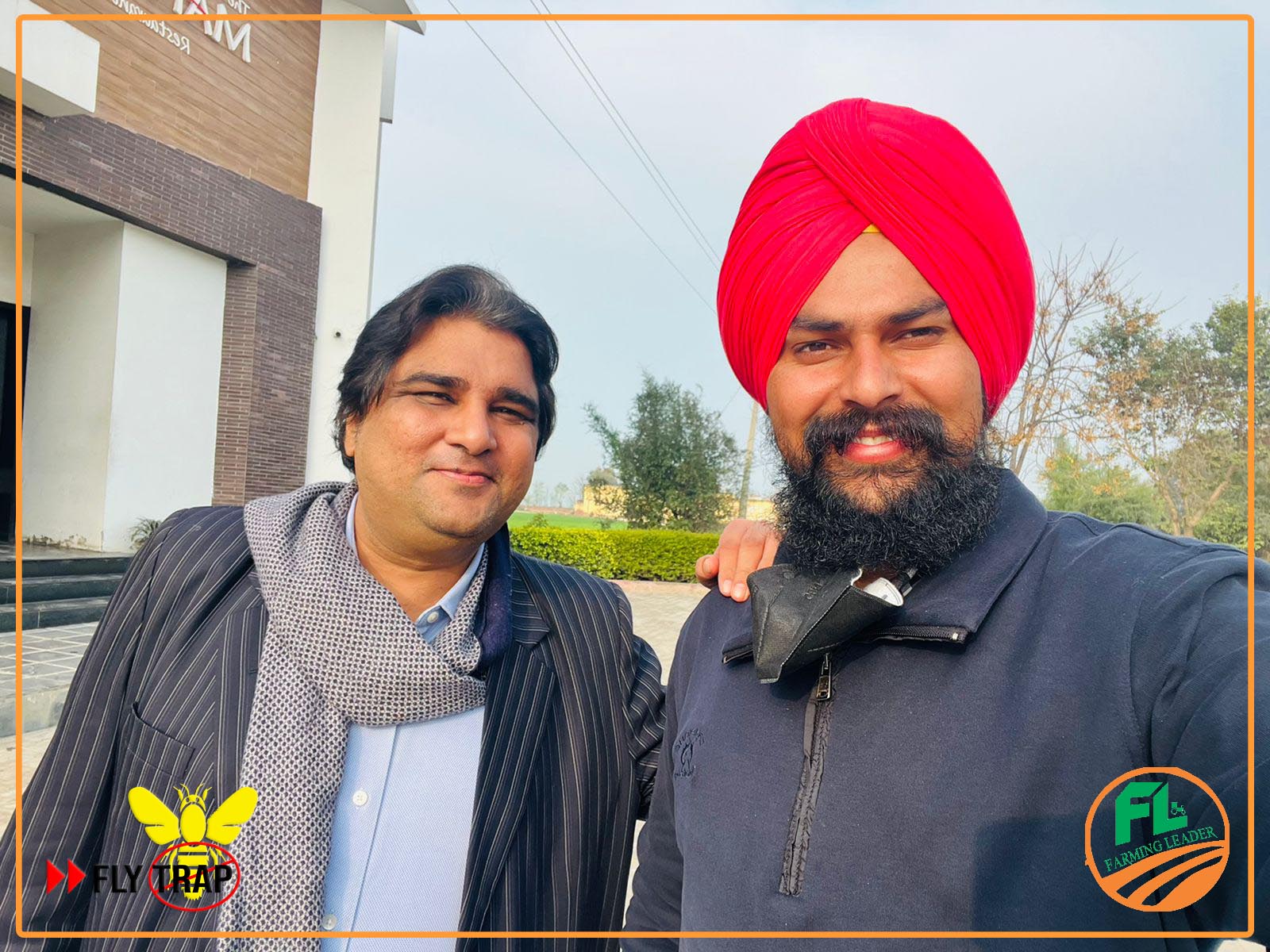 Moga, Punjab - Introduced Fly Traps with Darshan Singh Ji from Farming Leader and explained the benefits of our fly traps and how these works.

As mentioned in the live video, it is evident how beneficial and easy it is to install our organic fly traps.

Our fly traps are compact in size and comes with an organic bait patented in USA for trapping flies. Also, the packet itself is a bio-degradeable product made in India. The unit consists of a string with which one can easily install it where there is an issue of flies.

THE BENEFITS OF A FLYTRAP:

We at Flytrap.in works 24x7 to provide you with robust solutions just as you need. With our proven solutions, you can relax and focus on what you should.

Stay Worry-Free and let our fly traps work for you. You focus upon your harvest and how to improve upon other areas that needs your attention

Disclaimer: Please note that we DO NOT demand any kind of security deposit for dealership. Dismiss