HOW THE TRAP SYSTEMS WORK

Simple, effective safe – Patented baits are emptied into traps and water is added.  The resulting solution creates an attractant that flies cannot resist. Once trapped, the flies drown in the water-based mixture.  Bait ingredients are non-toxic, and non-poisonous. 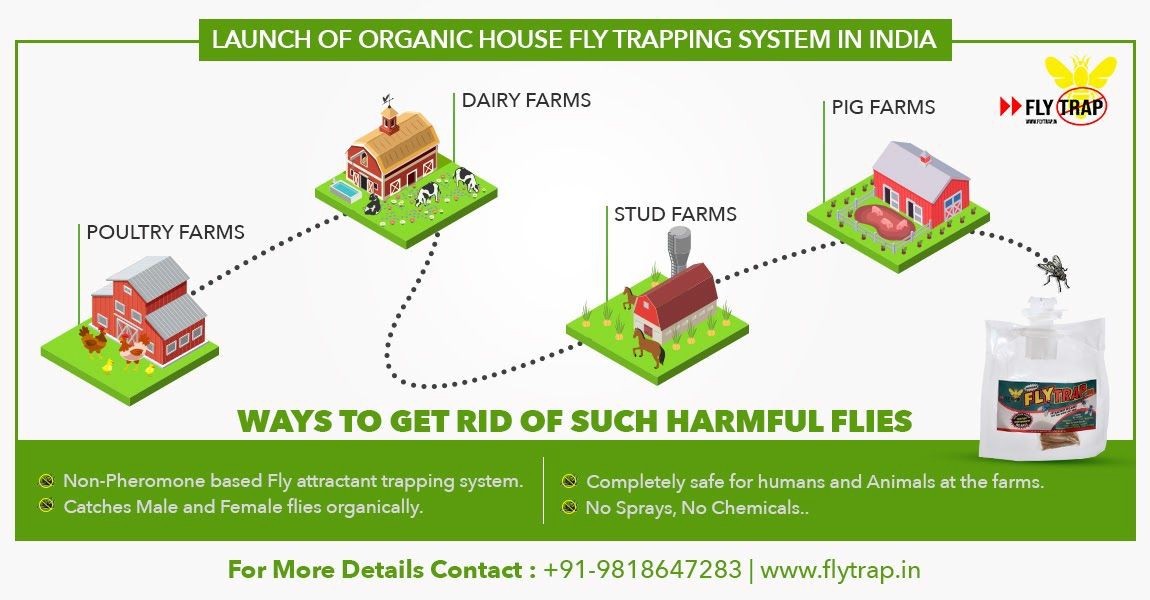 THE DANGERS OF FLIES

No one is quite sure why flies are placed on this earth except for food sources for frogs and birds.

For humans, they are pesky, a nuisance, and more importantly, a carrier of diseases such as Dysentery, Typhus, Cholera, Trachoma, and Anthrax.  The adult fly transmits disease by contaminating food with disease organisms it has picked up on its hairy legs or has ingested and then regurgitated.

Few escape the fly; they are in most every location in the world.  There are about 119,500 known species of flies and they make up the fourth largest insect order – about 12% of the total insect population.

If you understand the multiplier effect that can be generated by one female fly, you can see how trapping one female fly can have a dramatic effect on the local population.

With houseflies, as an example, females live about two and a half months and lay between 600 and 1,000eggs during its lifetime.  On the average, 12 generations of house- flies are produced in one year.  Therefore, that one female could be responsible for many thousands of flies.

Houseflies (black, non-glossy body) and blowflies (metallic blue/green/gold body) are the most common types found around homes – both are categorized as “filth flies”. Houseflies are attracted more toward animal manure and decayed food, while blow flies are attracted more toward decayed meat (road kill) or fish.  Both can be found around garbage. Houseflies will be more dominant around farms and animals, while the blowfly will be more dominant around wooded areas, waterways, and more populated human habitation.

Because of the difference in diets, most baits will attract either houseflies or blowflies Uniquely our  Bait will be equally effective on both houseflies and blowflies.